The ‘Academie Plaquette’ award was given for his achievements in fundamental research, his entrepreneurial attitude and coaching and supervising so many PhD students and postdocs. The Dean of the Faculty of Mathematics and Nature Sciences, Jasper Knoester, surprised Dijkhuizen with the award at the reception, which was attended by some 170 people.

Lubbert Dijkhuizen announced that there is more to come, because he continues supervising several PhD-students and performing (contract) research. More important for CCC, he will also stay as scientific director of CCC for the next years, managing current programs like CarboKinetics, developing new ones and strengthening the CCC-network. 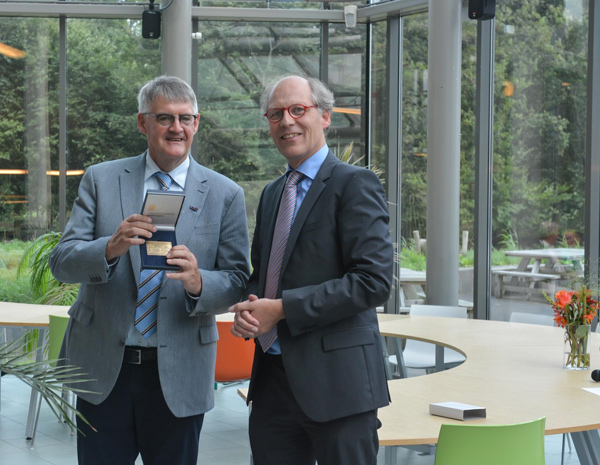