ABC builds on the successful CCC1 and CCC2 programs. ABC started operations in 2013 and has been completed at the end of  2018. Within several different work packages, program partners are collaborating on the topics Biobased Economy, Animal Nutrition and Starch. Entirely new carbohydrate modifications are undergoing further research. This is fundamental research, given the complexity of the physical and analytical chemistry and modification knowledge involved.

Three business enterprises are participating in the consortium – COSUN, AVEBE and Agrifirm – alongside the knowledge institutes DLO-FBR, WUR and UG. 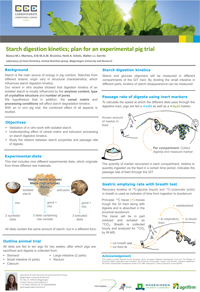