Science in focus: First CarboHealth thesis is a wrap-up! 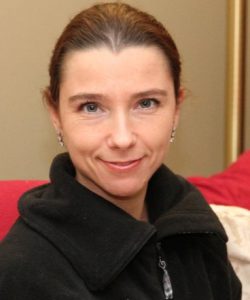 Klaudyna Borewicz is the very first PhD student to finish a CarboHealth thesis. On June 13, 2018 she defended this thesis entitled Human gastrointestinal microbiota modulations with dietary prebiotics –an intimate interaction throughout life successfully. She would like to continue her work in the gut microbiota, pre and probiotics, and is currently looking for a good opportunity.

In her work on early life microbiota, Borewicz followed two infant cohorts: KOALA initiated in 2002 by Maastricht University and BINGO initiated in 2015 at Radboud University. She showed that the gut microbiota of the BINGO cohort infants shared similarities in their faecal microbial profiles. These infants were breastfed or received modern infant formulas fortified with prebiotics – mainly galacto-oligosaccharides (scGOS) and/or fructo-oligosaccharides (lcFOS). Her thesis also demonstrates how infant microbial signature genera, such as Bifidobacterium and Lactobacillus, were depleted in the samples of the KOALA cohort infants, who were fed formulas which were not supplemented with prebiotics.

Her work on IMMPs confirmed the prebiotic effects of these substrates and provided more insight into the role of different microbial groups involved in the fermentation of these fibres. The substrates tested varied in their predominant glycoside linkage types and the chain length distribution. Despite their differences, they all showed to various degrees a stimulatory effect on growth and activity of beneficial groups, mainly Bifidobacterium, Bacteroides and Lactobacillus. Furthermore, microbiota activity associated with IMMP fermentation was also reflected at the metabolic level through the accumulation of short-chain fatty acids and the corresponding decrease in pH.